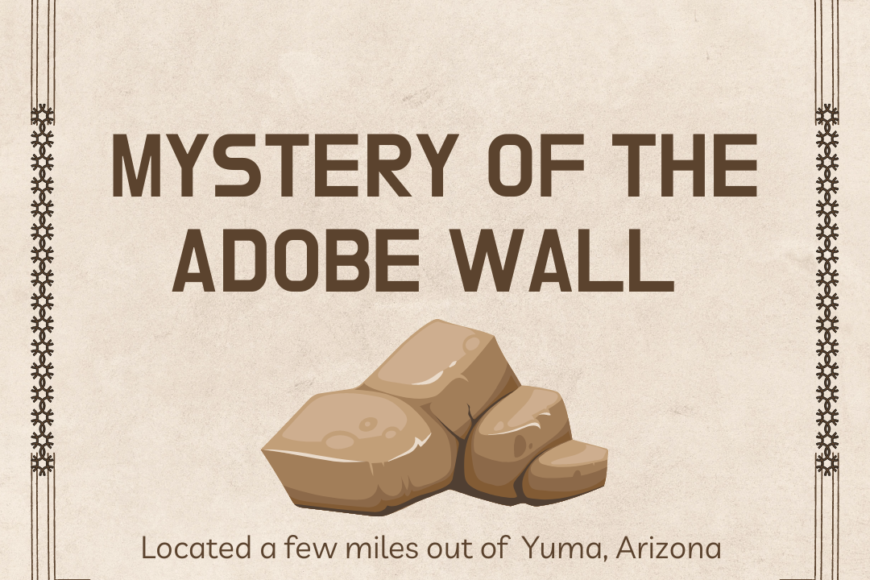 Adobe Wall in Winterhaven a pit stop before Plank Road?

The Yuma desert holds the most amazing secrets.  Some of them are in plain sight.  As I looked through some of the area’s historical information I cam across an image of what is now just an adobe wall. Currently the once adobe building that can be spotted from Interstate 8 from Yuma going West towards the Imperial Sand Dunes.

I have been on the phone all day calling everyone I could think of since there is no official city administration for Winterhaven, California which is the nearest town. I first called the court in Winterhaven because there was no number to the city, and they directed me to the Winterhaven Sheriffs Office. I called the Sheriffs office  that said they had no city council and no city office. Winterhaven is just an undeclared town I guess, and they directed me to the local Tribal Office and I was transferred to several departments.

Finally I was directed to the BLM office. I have not been called back about the mysterious wall it had to be of importance but was severely neglected.