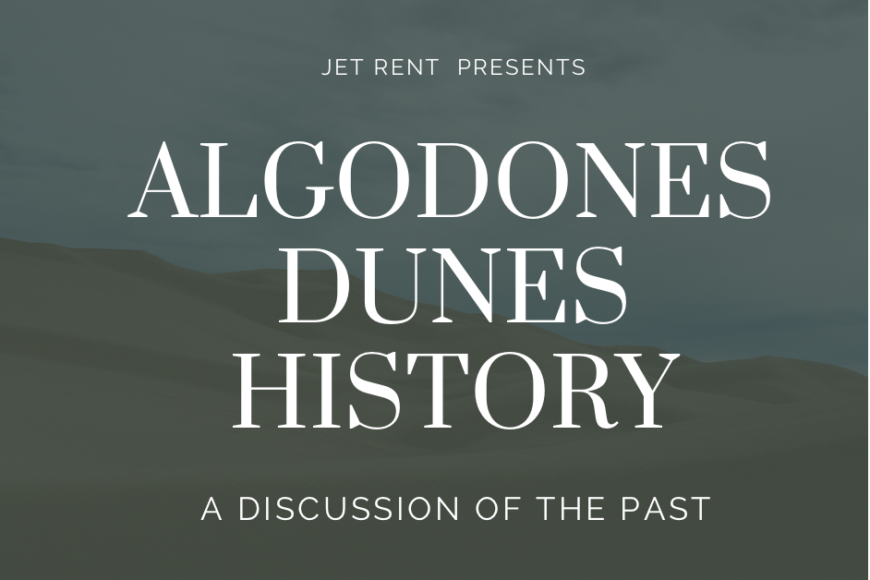 Imperial Sand Dunes is a beautiful area with interesting ancient history.  One of the interesting aspects of it’s history is the origins of the Algodones Sand Dunes. Where did all this sand come from?

Around the 1850s a man by the name of William Phipps Blake who was an American geologist, mining consultant, and an educator. Blake wrote about the origins of the Algodones Sand Dunes. Blake named the dried bay turned dried lake bed “Lake Cahuilla” after the Cahuilla Natives.

This large erg (area of shifting sand dunes) covers over 40,000 acres and is located in the southwestern region of California. The massive dunes extends from southwest California to the Sea of Cortez beach.

At the time of his research William P. Blake created and compiled data that led him to believe in a Native American legend about the dried up ancient lake bed or extensive bay.  The Cahuilla Village  natives shared with Blake the traditional knowledge of the ancient lake. Blake noticed the discoloration of the rocks extending for a long distance on a horizontal line on the side of the surrounding mountains. He found that the white color was produced by calcareous incrustation, extending over the whole surface and into every cavity and crevice.  “This crust had evidently been deposited under water, and when seen at a distance of a few yards, its upper margin appeared to form a distinct line, which indicated the former level of the water undershich it was de-posited. This water line … could be traced along the mountain sides following all the angles and sinuosity of the ridges for many miles-­always preserving its horizontality–sometimes being high up above the plain, and again intersecting long and high slopes of gravel and sand; on such places a beach line could be traced. The evidences of of a former submergence were so vivid and conclusive that it became evident to everyone in the train that we were traveling in the dry bed of a former and extended sheet of water, probably an Ancient lake bed or extensive bay.”1

Blake’s early study of the Sonoran Desert or Colorado Desert as he called it, is one of the earliest scientific records of this region. He was great geologist who noted the desert basin’s agricultural potential.

What’s with the names?

Throughout the years the Imperial Sand Dunes Recreation Area has been known and called many names through the years.  The official name of the area is Algodones Sand Dunes. The word “algodones” is the spanish word for cotton. A few minutes from the famous giant sand box, in Sonora, Mexico is an old city that now bears the name Vicente Guerro, however most locals refer to the city as Algodones. The name of the local border town goes back to the mid 1800s.

The BLM who currently manage the Imperial Sand Dunes Recreation Area have broken down the areas by name. The names of the current dune sections are Glamis, Gordon’s Well,  Grey’s Well, Midway, and Patton’s Valley to name a few.  There are also specific landmarks and areas in the dunes, Comp Hill, Buttercup Valley, Test Hill, Midway Campground, China Wall, and Lizard Hill are just some of the points.  For a detailed map of the sections and points of interest for more information check out the area map. 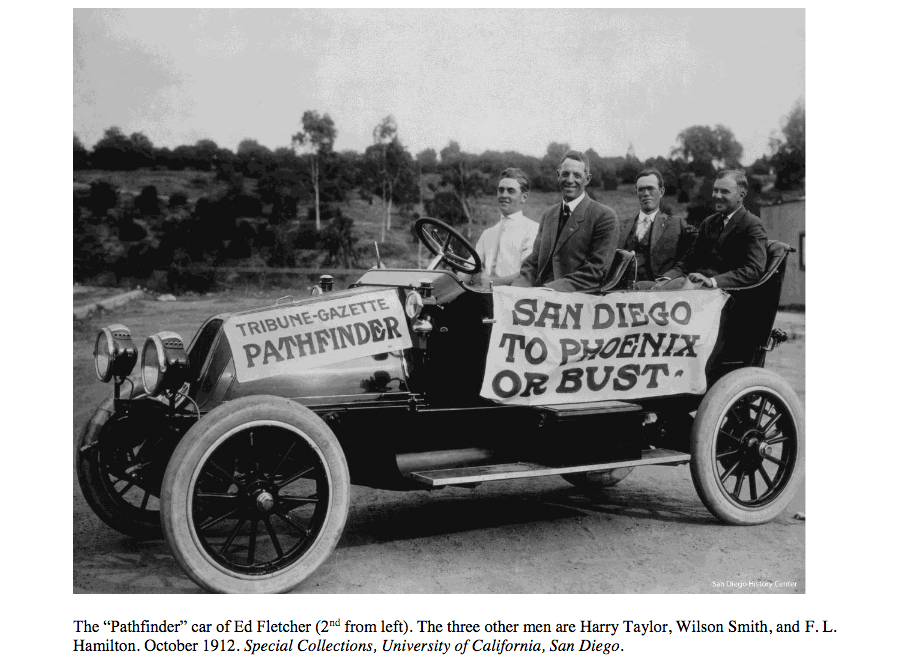 Who first drove off the beaten path?

Historically, the dunes were a barrier for travel and general human movement in the area.  The mighty Colorado River untamed made it difficult to cross the river and foot travelers frequently diverted south into Mexico.

The Los Angeles Examiner a Los Angeles nespaper challenged “Colonel” Ed Fletcher to a  “pathfinder” race between the two cities, the finish line was in Phoenix, Arizona.

Starting earlier 24hrs  than the official entrants, the Examiner car would race to Phoenix via Blythe. Fletcher,  was represented by the San Diego Evening Tribune, would follow the more direct route due east across the Sonoran desert, through the Imperial Sand Dunes. When the Phoenix Gazette joined in as a co-sponsor of Fletcher, the car became the “Tribune-Gazette Pathfinder.”

“One car was already well on the way to Phoenix. “Pathfinder” Ed Fletcher, driving a 20-horsepower, air-cooled Franklin, had left early Saturday morning. Fletcher and his three companions decided to ignore the detour taken by the San Diego racers (north toward Niland to avoid the towering sand dunes east of El Centro) and risk the more direct path, straight through the sand to Yuma.” 2

To conquer the sand hills, Fletcher reduced his tire pressure to 20 pounds prepping his vehicle, he also stationed a horse team in the area. When the car labored in the hubcap-deep sand, the 6-horse team pulled his touring car 4½ miles across the dunes.

Fletcher won the race in 19 hours, monies raised from the race went towards creating the first “Plank Road”

“In 1915 Colonel Ed Fletcher built a wooden plank road across the dunes to prove that cars could cross the dunes and to connect San Diego with Yuma, Arizona.” 3

The Plank road was only one car, Ford model A wide, difficult to maintain and was a rough ride. The road was in use for a lifespan of 10 years.  During this time, since people had access to the beautiful “Sandy Hills” a name given to the area in the early 1900, people who traveled to and out of Yuma would stop and have picnics and take photographs.

This desert trail was later paved and eventually became part of Interstate 8. Part of this “Old Plank Road” is available for display at the Buttercup or Gordon’s Well Area. It was not the original road, the current display is a replica. Another portion of this road is on display at Colorado River Historic Park in Yuma, Arizona.  This decade old wooden road has been slowly vanishing from the outdoor exhibit the past few years.

“People have been driving on the dunes for recreation almost since vehicles first reached the area, which may have been the proving ground for the first dune buggy, a modified Ford Model A. Off-road driving surged following World War II when surplus Jeeps became available to the public.”3

Since the “Pathfinder” days many have enjoyed the Imperial Sand Dunes Recreational Area, and thousands continue to do so to this day.