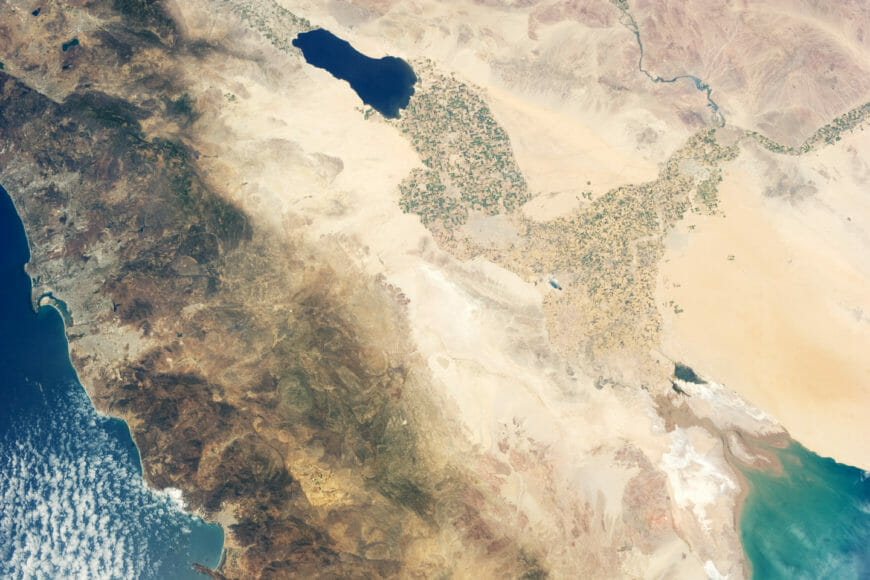 The beauty of Yuma Desert

The river was so wide and wild it once use to spill into the Gulf of Mexico. Salmon would even swim upstream to spawn! This is a recent photo of our beautiful Yuma Desert. You can see all the area that is being used as farming land. The fertile river has made this area a great place for agriculture. This is one of the reason’s why Yuma, gets to claim ” The winter lettuce capital of the world” title. Below you will find some interesting information regarding the Yuma Area Desert and Imperial Valley.

“The Imperial and Coachella Valleys of southern California, and the corresponding Mexicali Valley and Colorado River Delta in Mexico, are part of the Salton Trough. This large geologic structure, known to geologists as a graben or rift valley, extends into the Gulf of California. The trough is a geologically complex zone formed by the interaction of the San Andreas transform fault system—which is, broadly speaking, moving southern California towards Alaska—and the northward motion of the Gulf of California segment of the East Pacific Rise, which continues to widen the Gulf of California by seafloor spreading.
Sediments deposited by the Colorado River have been filling the northern rift valley (the Salton Trough) for several million years, excluding the waters of the Gulf of California, and providing a fertile environment for the development of extensive, irrigation-aided agriculture in the region (visible as green and yellow-brown fields at image center). The Salton Sea, a favorite landmark of astronauts in low-earth orbit, was formed by the rupture of an irrigation canal in 1905 and today is sustained by agricultural runoff water.
The 72-kilometer-long Algodones Dunefield also is visible at image top right.” – NASA